Exactly when, though, hasn’t been determined. The Colorado Department of Transportation is still assessing the damage the nearly 30,000-acre wildfire caused to the roadway through Glenwood Canyon, spokesman Matt Inzeo said.

While the flames have moved on, the fire charred vegetation holding the walls of the canyon in place, allowing boulders and other debris to tumble onto the interstate damaging the roadway, CDOT said.

That could be exacerbated by heavy rains, further washing out the denuded slopes, Inzeo said.

The portion of the interstate that has been shut down for nearly two weeks is crowded with work crews and heavy equipment of all types as electrical poles are replaced and crews continue to clear debris, said U.S. Forest Service spokesman Wayne Patterson.

“The good news is that corridor is looking more and more quiet as far as seeing flames from the highway,” Patterson said.

Containment Friday had risen to 11% Friday after a few storms passed through Thursday, bringing rain, which helped,mand winds, which didn’t, he said.

The second largest wildfire in state history grew slightly to 125,191 acres by Friday evening even as the nearly 900 firefighters aided by air support managed to increase containment to 17%.

The fire has been burning in sparsely populated areas north of Grand Junction since a lightning strike started in on July 31.

Heat, drought and wind have not let up since the start of the fire, with temperatures in the 90s and gusty winds daily.

Despite its massive size, the fire has burned only one structure, an abandoned outbuilding.

The fire in the Arapaho National Forest southwest of Fraser grew 831 acres to 10,288 acres Friday, but more favorable weather allowed firefighters to make some progress in extinguishing the human-caused blaze, the Forest Service said.

Wed Sep 2 , 2020
In a quiet backwater of the new-vehicle market during the 1960s and much of the ’70s, four rugged off-road vehicles battled annually for the few thousand sales available: Land Rover’s Series II (precursor to the Defender), the Jeep CJ (today’s Wrangler), the original soft-top Ford Bronco and the International Scout. […] 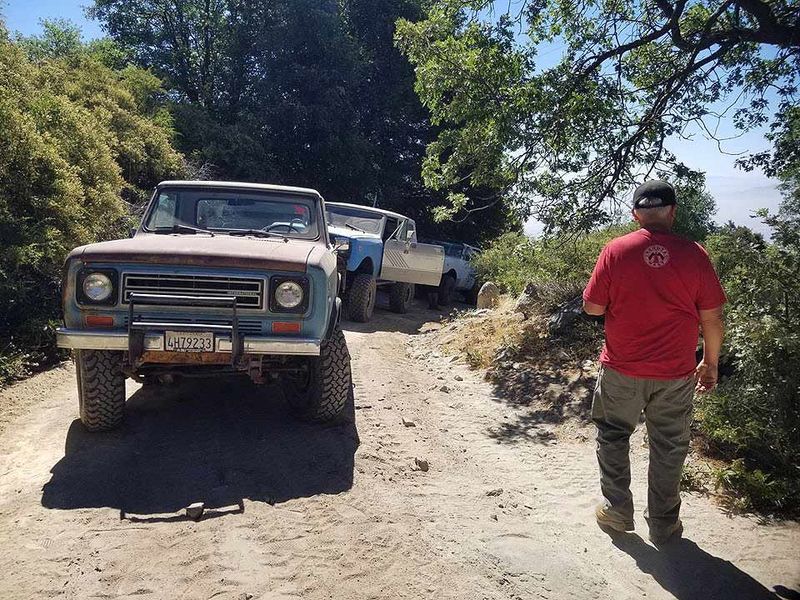