In a quiet backwater of the new-vehicle market during the 1960s and much of the ’70s, four rugged off-road vehicles battled annually for the few thousand sales available: Land Rover’s Series II (precursor to the Defender), the Jeep CJ (today’s Wrangler), the original soft-top Ford Bronco and the International Scout.

Two of those are once again available. The new Land Rover Defender arrived at U.S. dealers this spring, and an all-new Bronco arrives in less than a year. The Wrangler, of course, never went away and for decades has been uncontested in many ways.

Only one of those original off-road 4X4s is missing from showrooms today: The Scout, which arrived in 1961 — five years before the Bronco — and can legitimately lay claim as one of America’s first true SUVs.

It isn’t really clear who made America’s first SUV. Chevrolet claims the Suburban, which has been in production since 1935, owns the title. But for most of its existence, the Suburban has not been a dedicated off-road vehicle.

Nonetheless, the latest shift to rugged off-road SUVs is turning out to be a big thing. Land Rover’s plant in Nitra, Slovakia, is working to fill a backlog of 20,000 orders for the latest Defender. Ford has received 150,000 reservations for the new Bronco and is looking at ways to increase production. Wrangler sales have set records in recent years, thanks to constant improvements covering everything from powertrains to refinements that keep wind, water and dirt out of the interior.

Thu Sep 3 , 2020
This is one way to get the region’s economy back on track. Ontario Premier Doug Ford, several provincial cabinet ministers and local politicians were on hand for a groundbreaking at Oro Station, an automotive innovation park north of Barrie, Aug. 20. The facility is adjacent to Lake Simcoe Regional Airport […] 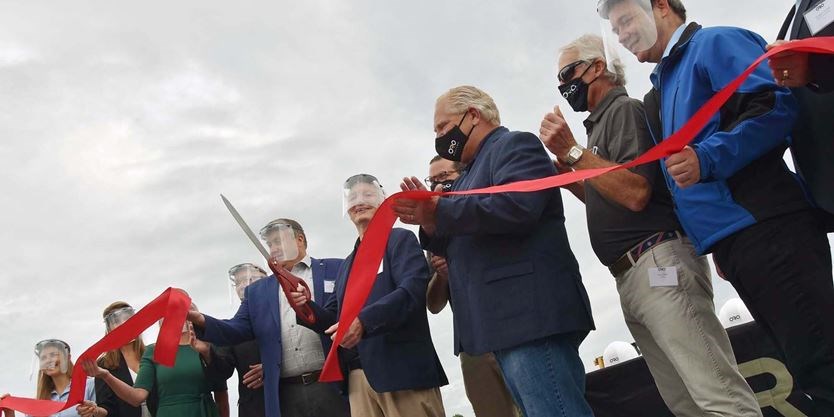