With help from Kelsey Tamborrino

Editor’s Note: Morning Transportation is a free version of POLITICO Pro Transportation’s morning newsletter, which is delivered to our subscribers each morning at 6 a.m. The POLITICO Pro platform combines the news you need with tools you can use to take action on the day’s biggest stories. Act on the news with POLITICO Pro.

— The House is set to vote today on the $2 trillion stimulus package passed by the Senate this week, which would send billions to struggling transportation industries.

— The legislation also includes a win on a long-time effort by Senate Appropriations Chairman Richard Shelby (R-Ala.) to make it easier for Congress to give out money for harbor dredging

— The deadline for REAL ID enforcement will be pushed back a year, to October 2021, DHS confirmed Thursday.

A message from the Air Line Pilots Association:

As the U.S. House of Representatives considers emergency legislation to stabilize the U.S. economy, ALPA endorses H.R. 748 and the important labor protections that were included for furloughed workers in the Senate legislation. Quick action by the House will ensure that aviation employees and their families receive needed assistance. Learn more.

IT’S FRIDAY: Thanks for tuning in to POLITICO’s Morning Transportation, your daily tipsheet on all things trains, planes, automobiles and ports. Get in touch with tips and feedback at [email protected] or @samjmintz.

“We played outside in the pourin’ rain / On our way up the road we started over again.”

LISTEN HERE: Follow MT’s playlist on Spotify. What better way to start your day than with songs (picked by us and readers) about roads, railways, rivers and runways?

STIMULUS BILL LINED UP FOR FINAL VOTE: The House will vote today (in an orderly, social distanced fashion) on a $2 trillion stimulus bill that will inject billions into a wide range of transportation industries. If you need a refresher, here’s our team’s breakdown of what the legislation means for airlines, Amtrak, public transit and more. Speaker Nancy Pelosi is expecting a bipartisan vote to send the bill to the president’s desk.

House Transportation Chairman Peter DeFazio (D-Ore.) was given a hero’s welcome by the flight attendants on his empty-looking plane back to D.C for the vote. House Democrats secured grants for airlines that will ensure they can keep paying employees in the near future. “His leadership made this possible. So happy he’s in the good care of aviation’s first responders right now!” tweeted Sara Nelson, president of the Association of Flight Attendants-CWA.

SHELBY GETS HARBOR TRUST FUND CHANGES: Buried in the bill is a big win for Shelby: a provision he’s pushed for to make it easier for Congress to give out money for harbor dredging, our Tanya Snyder and Anthony Adragna report. It exempts Army Corps of Engineers funding provided through the Harbor Maintenance Trust Fund from discretionary spending caps.

It doesn’t have a direct tie to the coronavirus, but an aide for DeFazio, who’s also pushed for the provision, said it’s aimed at long-term recovery: “This bill seemed a logical way to address any internal budgeting challenges to full utilization of the [Harbor Maintenance Trust Fund] and, in turn, achieving the full utilization of our nation’s port capacity.”

Fiscal conservatives have complained that exempting the fund from spending caps will add to the U.S. deficit

WHAT’S GOING ON WITH HELP FOR THE CRUISE INDUSTRY? As noted in Thursday’s MT, the bill heading toward passage in the House today precludes many major cruise companies from getting federal financial help because they’re not incorporated in the U.S.

There may be efforts in the works to change that. CNBC’s Kayla Tausche reports that a senior administration official told her a bipartisan Senate group will potentially seek a legislative fix in the next stimulus package.

President Donald Trump said he likes a proposal by Sen. Josh Hawley (R-Mo.) that cruise companies “come back to America” and pay their taxes. “It’s very tough to make a loan to a company when they’re based in a different country,” Trump said at a press briefing.

Sign up for POLITICO Nightly: Coronavirus Special Edition, your daily update on how the illness is affecting politics, markets, public health and more.

DHS CONFIRMS REAL ID EXTENSION: The department confirmed Thursday that, as Trump announced earlier in the week, the deadline for REAL ID compliance will be delayed. The new deadline for enforcement, which will be published in the Federal Register soon, is Oct. 1, 2021, our Tanya Snyder reports.

Acting DHS chief Chad Wolf said that as states and cities work to “flatten the curve“ of the pandemic, the Trump administration wants to “remove any impediments to response and recovery efforts.“ The closure of DMVs across the country will preclude people from upgrading their licenses, and lawmakers had urged DHS to make the change over the last few weeks.

The U.S. Travel Association warned that an even longer extension may be needed in order to avoid disrupting the travel economy. “As we move toward a recovery phase it would be awful if the REAL ID deadline hits and creates yet another obstacle to people traveling,” said Roger Dow, the organization’s CEO.

TEXAS JOINS FLORIDA: Texas’ governor on Thursday said the state will require anyone flying in from New York, New Jersey or Connecticut to self quarantine for 14 days, joining Florida and Rhode Island, which have put forward similar executive orders. A reminder: The orders are likely to face some kind of court challenge. 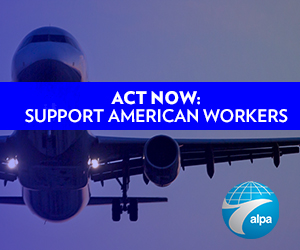 TRAVEL SLUMP HITTING THE HEARTLAND: The economic hits to the aviation industry will have a disproportionate effect on the middle of the country, according to a new analysis by the think tank Heartland Forward. Nearly 13 percent of employment in the region is in the travel and tourism industries, and one-third of U.S. employment in air transportation is located within the Heartland, the report says.

Spirit AeroSystems, a Boeing supplier, is based in Wichita, Kan., and has shut down its production line supporting Boeing — nearly 10 percent of Wichita’s workforce is in the aerospace manufacturing sector. “Anecdotal reports of other, smaller manufacturers and machine shops supporting the aerospace industry also indicate layoffs are occurring,” Heartland Forward says.

ASK THE EXPERTS: For POLITICO’s Nightly newsletter on the coronavirus, Tanya talked to former American Airlines Bob Crandall and former Transportation Secretary Ray Lahood about how the pandemic will change the aviation industry. Here’s Crandall on the outlook for business travel, which is a major profit-maker for airlines: “The consumer good that people most want more of is travel. When this passes and people are no longer afraid, they’ll go back to traveling.”

DICKSON’S FREE AND CLEAR: FAA Administrator Steve Dickson ended his weeklong self-quarantine following exposure to a lawmaker who tested positive for Covid-19, our Brianna Gurciullo reports. Dickson is “feeling fine and his quarantine is over per the CDC guidelines,” an FAA spokesperson told POLITICO.

STAY UP TO DATE: POLITICO’s DataPoint team has a handy graphic outlining which countries have shut their borders or otherwise limited air travel around the world. View the full graphic here.

The final proposal will call for annual fuel efficiency increases of 1.5 percent across companies’ fleets instead of flatlining the targets, which was an option in the April 2018 draft proposal, according to a person close to the administration. The person also said NHTSA and EPA estimated the proposal would save drivers $1,000 on car purchases and that it would save 3,000 lives over the rule’s lifetime.

GAS DEMAND COULD DROP MORE THAN HALF: U.S. gasoline demand could fall by more than 50 percent during the Covid-19 response period, according to IHS Markit analysis, since fewer drivers will hit the road during social distancing. “The magnitude of gasoline demand decline will be much greater than the impact of the 2008 recession — and could be further protracted,” according to Jim Burkhard, vice president of IHS Markit.

IHS also forecasts electric vehicle sales will stagnate this year and likely into 2021, due largely in part to a “faltering” global auto market.

WHAT’S CHAO UP TO? Transportation Secretary Elaine Chao had a call with FTA stakeholders on Thursday. “Transit workers are critical to helping first responders, healthcare workers, critical service providers, and those who need access to healthcare during this time. Thank you for your service!” she wrote on Twitter. Chao also announced that FTA will extend current competitive grant program funding opportunities for 30 days.

— “IndyCar goes virtual racing as it waits to get back on track.” Associated Press.

A message from the Air Line Pilots Association:

As the world confronts COVID-19, airline pilots are doing our jobs: safeguarding passengers and freight while bringing people, goods, and services together to drive the global economy. As your captains and first officers, we need Congress to do its job by swiftly providing economic assistance to stabilize the airline industry and protect the frontline aviation workers who help keep our skies safe and our country moving. Learn more.

DOT appropriations run out in 186 days. The FAA reauthorization expires in 1,283 days. Highway and transit policy is up for renewal in 186 days.