Nio (NYSE:NIO) has raced into pole position ahead of the market. With bullish company news, solid price action and a broader market correction in the rearview mirror, Nio investors should be ready to ride a favorable risk-adjusted trend to big-time profits.

Bearish seasonality lived up to its reputation in September. The leading tech-heavy Nasdaq Composite to dive 13%. Fear was the co-pilot to this u-turn, as the VIX exploded to a historically extreme reading of 38% at its worst. It’s the type of environment that takes down the best of them. And it did too.

At their weakest in September, shares of Nio plunged 25%. That’s nearly double the Nasdaq’s correction. Still, given NIO’s growth prospects, “smaller” valuation, foreign domicile and highly volatile industry, the much larger drop in shareholder value is typical of this type of investment. The only surprising item of notice might be that rival Tesla shed an even larger 34% at its low last month.

Interestingly, both EV manufacturers bottomed together and weeks ahead of the broader market, which only found its technical footing the past several sessions. What’s more, conditions have only gotten better for Nio.

NIO’s early leadership continued to pick up steam in September, while also managing to outperform its much larger competitor. Shares finished the month at record highs and up 11.60% for the period. At the same time, TSLA stock lost 14% despite rallying 30% from its low near $330 struck on Sept. 8. That’s good, right? Now, bulls are in the driver seat with a favorable broader market tailwind known as a follow-through day in place, Friday’s surprisingly strong, growth-filled monthly and Q3 deliveries data for Nio in hand. 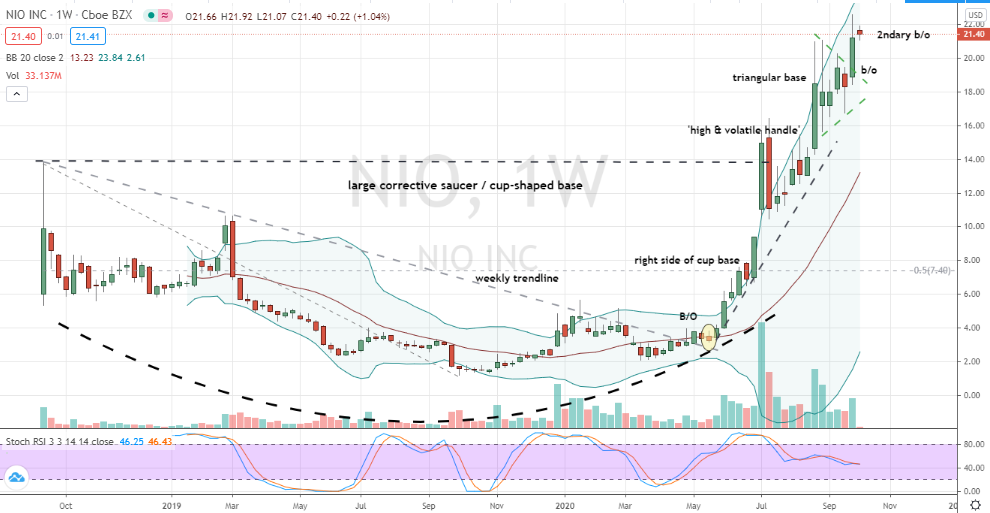 I’ve been bullish on Nio for some time now. Most recently, the stock was discussed at InvestorPlace as a purchase following late August’s corrective dip. The price action appeared to be a favorable opportunity to buy Nio on weakness. It was, but not before early September’s slightly larger penetration briefly took out technical support.

More than proof of fallible price charts, a proffered collar strategy has thrived amid the volatility. Now, with Nio sitting near its prior all-time-highs after breaking out of triangular consolidation, the stock is demonstrating a pattern where relative and absolute price strength are worth buying into.

My observation remains upbeat with the belief Nio can rally towards $30 by early next year. Again, though, and stressing even the best price action is merely a guide and not a guarantee of success, exposure in Nio continues to look well-served by a flexible, limited and reduced risk collar.

For investors agreeable with what has been shared, one hedged vehicle of this kind which aligns itself with what we’re seeing off and on the price chart is the Nov $20 put / $26 call combination. Relative to Nio fetching $21.40 in the open market, this collar currently runs about 60 cents over the stock for a net purchase price of around $22.

On the date of publication, Chris Tyler held, directly or indirectly, positions in Nio and its derivatives, but no other securities mentioned in this article.

Chris Tyler is a former floor-based, derivatives market maker on the American and Pacific exchanges. The information offered is based on his professional experience but strictly intended for educational purposes only. Any use of this information is 100%  the responsibility of the individual. For additional market insights and related musings, follow Chris on Twitter @Options_CAT and StockTwits.

The post Nio Stock Is Shaping Up to Be Today’s Best Electric Vehicle Play appeared first on InvestorPlace.

Fri Oct 9 , 2020
By Natalie [email protected] SALISBURY — Though the transition to phase three of  the state’s reopening looks to have little impact on most local businesses, train rides at the NC Transportation Museum will become available and movie theaters will welcome guests for the first times in six months. Gov. Roy Cooper […] 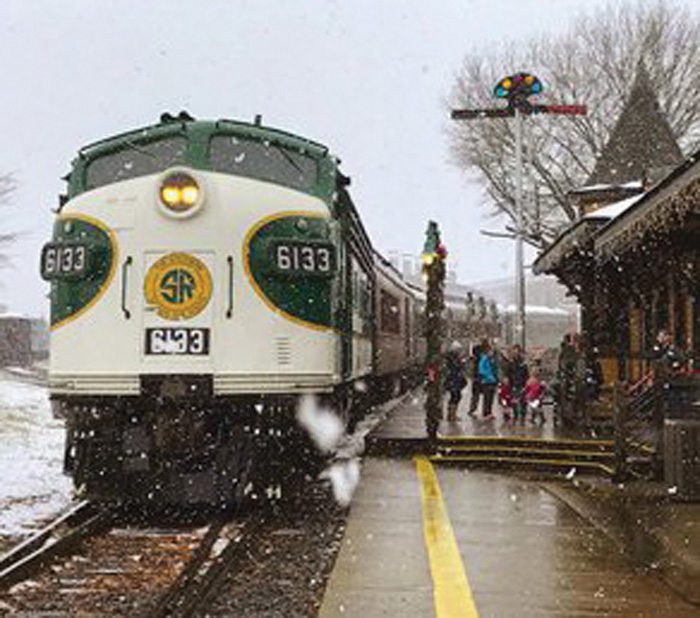