If you think you’ve been seeing a lot of white, silver, gray or black cars on the road lately, you’re not wrong.

More than 3 in 4 vehicles sold today in North America are one of those four monochromatic “colors,” if you can call them that. But the period of rather subdued colors might be coming to an end.

Automakers have introduced more than half a dozen SUVs in the past two years with two-tone paint options, as they seek to differentiate their vehicles from each other and capitalize on new technology. Two-tone paint options usually carry a premium of a few hundred dollars.

In a move that could bring two-tone paint into the mainstream, Nissan announced in June that it will offer two-tone paint options on the redesigned 2021 Nissan Rogue SUV, one of the most popular vehicles in America.

The company previously tried it out on the smaller Kicks crossover. According to Nissan, about 25% of customers picked the two-tone option on the niche Kicks, whose options included a “monarch orange” roof on a “gun metallic” gray body and a “fresh powder” white roof on a “deep blue pearl” body.

Small cars are being discontinued: Why GM, Ford, Toyota have given up on subcompact cars

Jovan Ramirez, 34, a small-business owner from West Chazy, New York, recently drove a white-on-blue Nissan Kicks that was loaned to his girlfriend while she was getting maintenance done on a Nissan Versa.

The Nissan Kicks is offered with two-tone roofs, including this white-on-blue option. (Photo: Nissan)

“I ended up loving the color of the vehicle and it really set it apart,” he said.

When he went to trade in his Subaru Outback shortly thereafter, he had his sights set on a two-tone model and ended up buying the same Kicks he had tried out.

“I just wasn’t interested in anything else because everything was single-toned,” Ramirez said. “Every vehicle looked plain.”

Seeking to capitalize on the appeal of the double color, Hyundai recently introduced two-tone paint on the Hyundai Venue and Kona crossovers, while Hyundai sibling brand Kia is offering it on the Kia Seltos. General Motors also plans to offer two-tone paint on the Chevrolet Trailblazer. Others that have offered two-tone options in recent years include Land Rover’s Range Rover and BMW’s Mini Cooper.

Two-tone paint harks back to what some automotive enthusiasts consider the heyday of automotive design in the 1950s, when vehicles like GM’s Corvette and Chevrolet Bel Air often featured multiple colors.

Automakers that have resurrected two-tone paint aren’t necessarily making a nostalgia play. Rather, their bid to mainstream two-tone styling reflects the latest chapter in a feverish competition among brands to distinguish their SUVs from each other.

“Anything that brings back two tones is awesome, and it clearly is about differentiating in ways that have become harder and harder to do,” said Dan Albert, author of “Are We There Yet?: The American Automobile Past, Present, and Driverless.”

The move toward two-tone exterior paint – which usually involves a different color roof and possibly a splash of color below the fender, on side mirrors or around lights – reflects the auto industry’s attempt to capitalize on the era of product personalization.

Automakers are “trying to give consumers something that they’re a little bit more excited about and connect with and feel like expresses their personality,” said Stephanie Brinley, principal automotive analyst at research firm IHS Markit.

It certainly marks a sudden shift, considering that cars have gradually been drained of color over the course of the 21st century.

At times in the 1990s, red and green were each the most popular color, said Nancy Lockhart, global director of color for paint supplier Axalta, who called herself a “chroma pusher” because she likes “beautiful, bright colors.”

To be sure, vehicle colors have improved in quality and appearance, with automakers offering a wide range of monochromatic variants, often with a sparkling flair.

Gone are the days of what industry insiders have called “refrigerator white.” For example, the recently revealed 2021 Ford Bronco SUV will be offered in colors such as “shadow black,” “cactus gray,” “carbonized gray,” “iconic silver” and “oxford white.”

But two-tone options are a “massive trend” due to customers’ interest in personalizing their vehicles, said Nicole Fonseca, senior design manager for Nissan. The hues will also be made available on Nissan’s recently introduced electric crossover, the Nissan Ariya, which will arrive next year.

“It gives a lot of character” to the vehicle, Fonseca said. “Most of the customers select colors they’re most safe with, but we’re trying to get them to see this can be fun and expressive.”

Despite the recent trend, there are multiple factors that may keep most vehicles looking rather plain. For one, cars with standard colors are typically easier to sell.

“Less popular colors depreciate your vehicle’s value” by anywhere from “hundreds to thousands of dollars depending on the vehicle and the color in question,” according to car value estimator Kelley Blue Book.

What’s more, premium colors typically cost more. Two-tone color options on the Nissan Kicks, for example, carry a premium of about $250 to $500 depending on the model. Nissan has not yet released pricing on the redesigned Rogue.

That said, Americans are already accustomed to paying more to get the exact color they want. They fork over anywhere from about $200 to more than $1,000 for premium paint.

“It’s an extra expense, but people are very proud to be driving around in their car,” Lockhart said.

Albert, the author of the book on automotive history, said modern vehicles should take some cues from the era in which vehicles had multiple colors.

With a boom in family-oriented SUVs and crossovers, the average hulking vehicle “desperately needs something to make it look interesting,” Albert said. And many buyers of those vehicles “want cars to be exciting again” while maintaining the utility of a modern ride.

Adding a splash of color to the roof might be enough to get American car buyers to try something new.

About 15% to 20% of consumers would purchase a two-toned vehicle, according to Axalta’s internal research.

When Axalta named “Sahara” as its color of the year in 2019, the golden bronze shade was intended to serve as the base color in a two-toned vehicle, likely with black accents, Lockhart said.

Some niche vehicles, such as the Mini Cooper, have been offering two-tone options for years. But automakers are looking to turn it into a mainstream play with vehicles like the Rogue and the Trailblazer.“We’ve been approached by several of our customers” looking to offer two-tone paint, said Jane Harrington-Durst, manager of automotive OEM color styling for PPG. “We really want to work closely with them on developing the right colors to complement their vehicles.”

To meet those requests, paint companies have developed technologies to handle two-tone paint more efficiently, reducing the costs and the environmental impact. For example, Axalta developed what it calls “digital printing” technology, which enables the precision application of a second color instead of running the vehicle through the paint shop for a second pass.

The new cost-saving process allows automakers to “to put a color on the car the same way you put it on a piece of paper,” O’Connor said.

With American vehicles getting larger – in some cases, so large that they’re not even fitting in home garages – two-tone paint could serve the purpose of making them look smaller on the road while preserving interior space and comfortable handling.

It “breaks up the shape on a vehicle,” PPG’s Harrington-Durst said. “By changing the roof color, it can make the vehicle less heavy.”

Designers say that two-tone paint allows them to make vehicles look lower and longer, giving them a sportier vibe.

Cars with two-tone paint look “really stealthy going down the street,” Fonseca said. “We can use color, almost tricking the eye a little.”

Wed Aug 5 , 2020
Click here for updates on this story     MOBILE, Ala. (WALA) — Changing habits because of the coronavirus has been forcing more people outside, some of those folks have turned to biking to spend their free time. That in turn made bicycles a hot commodity during this pandemic and Cadence 120 […] 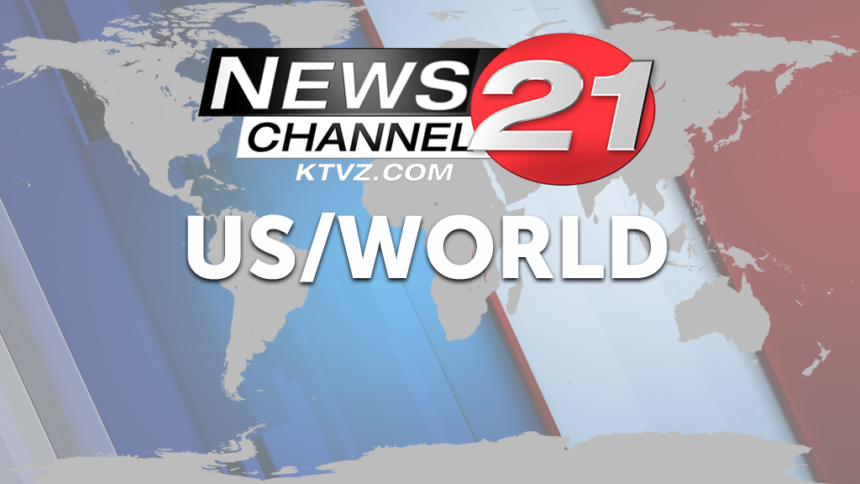