DAVIS (CBS13) — A professor emeritus at UC Davis has died after she was struck while riding a bicycle out near Davis.

The California Highway Patrol said, just after 10 a.m. Wednesday, a car was headed up County Road 100A in Yolo County north of Davis when a bicyclist reportedly crossed from a private road directly into the path of the vehicle.

The driver hit his brakes and veered to the left to try and avoid the bicyclist, investigators say, but it was too late.

Medics pronounced the bicyclist, a 77-year-old Davis woman, dead at the scene.

The name of the bicyclist was not released by CHP, but she has been identified by the Davis Enterprise as Marilyn Olmstead, a chemistry professor emeritus at UC Davis.

The Yolo County Coroner’s Office and UC Davis both later confirmed that it was, in fact, Olmstead who died. 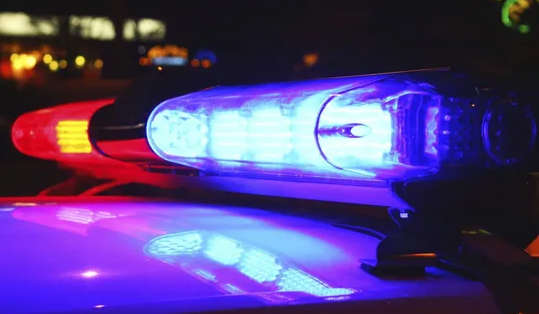 A Jersey City man was killed after being hit by a car and then a bus in Bayonne on Thursday night.

Do you know what to do if you’re in an accident?

What to watch next

GAROWE, Somalia (Reuters) – Three Somali special forces soldiers were killed and a U.S. officer was seriously wounded in a car bomb on Monday outside the force’s base in the country’s south, a regional Somali government official said.

Al Qaeda-linked al Shabaab said they were behind the attack and put the number of dead at 20.

A Somali soldier was also wounded in the attack in Jana Cabdalle village, some 60 km (37 miles) from the port city of Kismayu, which is also Jubbaland region’s capital.

He later said one of the wounded Danab force soldiers had subsequently died.

He said the suicide car bomb had exploded outside the special forces base.

A pickup truck driver died Monday morning in rural Sonoma County after the pickup was hit by a big-rig at the intersection of state Highways 37 and 121, according to the California Highway Patrol.

The CHP’s Marin office began receiving reports just after 6 a.m. of the collision, which resulted in major damage to the pickup truck and a collision with the cement center divide to the west of the two highways’ intersection.

Officers with the Marin CHP, Lakeville Volunteer Fire Department and the Schell-Vista Fire Protection District closed westbound Highway 37 once they arrived and rendered medical aid to the pickup truck driver, who died at the scene. 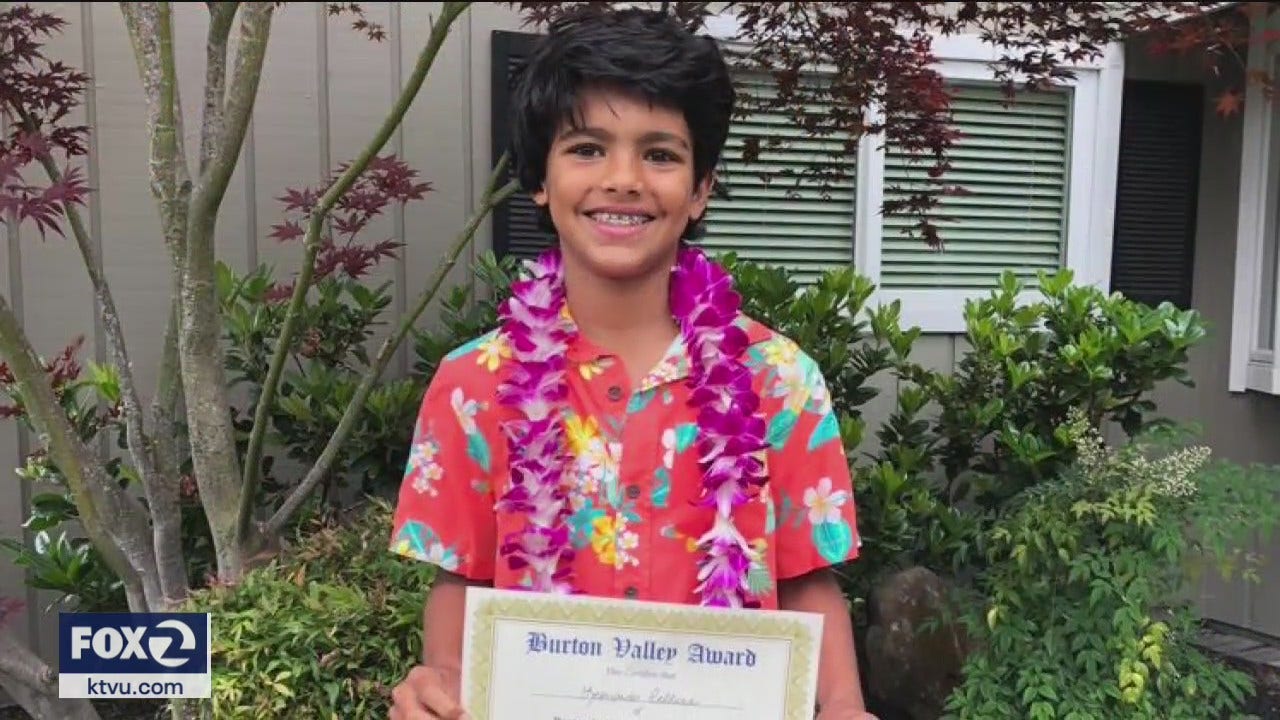 LAFYETTE, Calif. – 10-year-old Leo Cellura’s life was cut short on July 28th. He was riding his bicycle in his Lafayette neighborhood along Merriewood Drive when he collided with a delivery truck.

In the days since the tragic accident, his parents started a memorial fund in his name – the Live Like Leo Memorial Foundation. In just a few short weeks, it already raised more than $200,000.

“Our goal with the Live Like Leo Foundation is, in its simplest form, to preserve Leo’s legacy and share his legacy with others,” wrote his parents, Michael and Dinasha Cellura, in an email. “Today, the foundation is still in its visionary status. We hope to drive two distinct visions within the foundation: to seek out like-minded charities and foundations to support, based on our guiding principles; 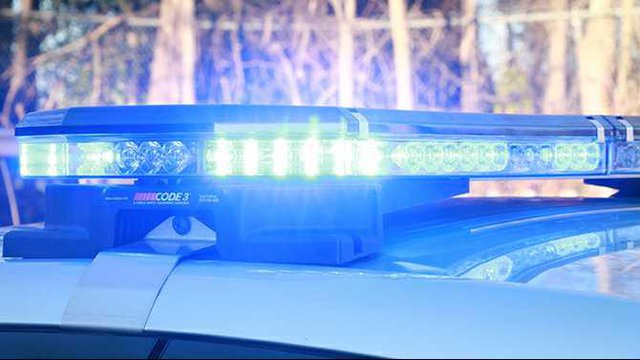 An investigation was continuing today into the death of a bicyclist last week after a pickup truck struck him as he rode on Washington Street in southwest Covington.

Elliott Johnson, 57, of Piper Road in Covington, was killed after a 2005 Ford truck struck his bicycle Thursday, Aug. 6, at about 11 p.m. as both traveled north on Washington Street near Flat Shoals Road.

A Georgia State Patrol report stated the victim was riding on the right side of the northbound lane of Washington Street approaching Flat Shoals when the front of the truck struck the bicycle’s rear.

The driver of the truck, Timothy Grant Millwood, 49, of Eatonton, told investigators “there was an oncoming car with headlights temporarily obscuring his view, and he did not see the bicyclist until it was too late and struck him with the front right side of his vehicle,” the report stated.

Witnessing a car wreck can be upsetting. Here are six safe steps you can take to help authorities and those involved in the accident.

An Indianapolis man was killed in a four-vehicle crash Monday on I-69 in Grant County, according to state police.

Just before 7 p.m., officers from the Indiana State Police and Grant County were called to the scene where two semi-tractors pulling box trailers, a semi-tractor pulling a livestock trailer and a Kia Sedona collided near the 267 mile marker of southbound I-69.

Gary Byrd, 62, of Indianapolis, the driver of the Kia, was killed in the accident.

Police determined that when the four vehicles encountered a traffic backup near a construction work zone, the driver of a one of the semi-tractors pulling a box trailer did not slow down.

That semi then ran into the Kia Sedona, pushing the Kia into the livestock

The younger brother of R&B singer Frank Ocean was killed in a fiery single-car crash in California early Sunday morning, according to multiple reports.

Ryan Breaux, 18, was in a car with classmate Ezekial “Zeek” Bishop, 20, when the vehicle crashed into a tree and caught fire in the city of Thousand Oaks around 1:30 a.m., CBS Los Angeles reported.

Both victims were pronounced dead at the scene, the Ventura County Sheriff’s Department said in a news release.

Local officials did not immediately identify the young men, but several friends who gathered at a memorial near the crash site reportedly confirmed it involved Ocean’s brother. Fans and friends also shared their tributes on social media Sunday.

One of those friends was Paris Brosnan, actor Pierce Brosnan’s son.

“To my brother, who was talented beyond belief, possessed a heart of gold, had an energy that was infectious, a smile & laugh

Iowa roads and drivers have become safer in many ways, but there are hundreds of fatalities a year, according to the Iowa Department of Transportation.

Two people were killed Tuesday evening when another vehicle crashed into a motorcycle and caused it to hit the back end of a semi.

Michael and Linda Horn, 67 and 66 respectively, both of Donnellson, were on a 2014 Harley-Davidson motorcycle behind a 2021 Mack semi on Iowa Highway 2 around 5:29 p.m. The motorcycle and semi were in a string of vehicles stopped by a flagger while entering a construction zone, facing eastbound, according to the Iowa State Patrol.

A 2005 Nissan Frontier pickup truck driven by Chad Davis, 54, of Donnellson, was traveling eastbound and failed to stop, according to the State Patrol. Davis’ Frontier hit the motorcycle in the rear end and pushed it into the Mack truck, according to