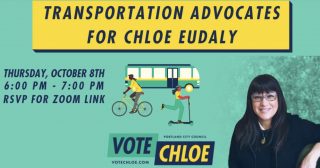 As Willamette Week reported today, she’s well behind challenger Mingus Mapps in both polling and fundraising and there’s a very real possibility she won’t earn a second term on council.

This reality has set off alarm bells within Portland’s transportation reform circles. As the commissioner-in-charge of the transportation bureau, Eudaly has led several very popular initiatives. Most notably her office created the Rose Lane Project which has the stated goal of reducing commute times for people of color. Eudaly’s vision of streets as places for much more than just car and truck users is also evident in the Safe Streets Initiative, a major undertaking to make public right-of-way more accessible and safer for vulnerable road users and small business customers.

Portland has a strong transportation activism legacy; but the issue’s political heft has waned significantly in recent years. As other issues like housing affordability, homelessness, and police brutality have come to the forefront, transportation has been bumped off the list of hot topics in political debates and discussions.

A cadre of transportation reform activists hope to change this dynamic with an online event Thursday to support Eudaly. The event will be hosted by Vivian Satterfield, María Hernandez, Aaron Brown, and Steve Bozzone — all of whom are regulars in local transportation activism and social justice circles.

While Eudaly’s track record is well-known after four years in office, Mapps is a bit more of a wild card. He doesn’t have a detailed transportation platform, but it’s mentioned on the environment page of his campaign website as a priority. What he has said — he wants a better and “completely fareless” bus service, he opposes the I-5 Rose Quarter project, and that, “we need to convert some of our existing roads to pedestrian and bicycle friendly plazas” — is mostly in alignment with Eudaly.

When it comes to safety, Mapps says we’re “moving backward” on Vision Zero goals. He also dismissed the Rose Lane Project as a “great first step” but said it’s, “an idea that’s not new.” 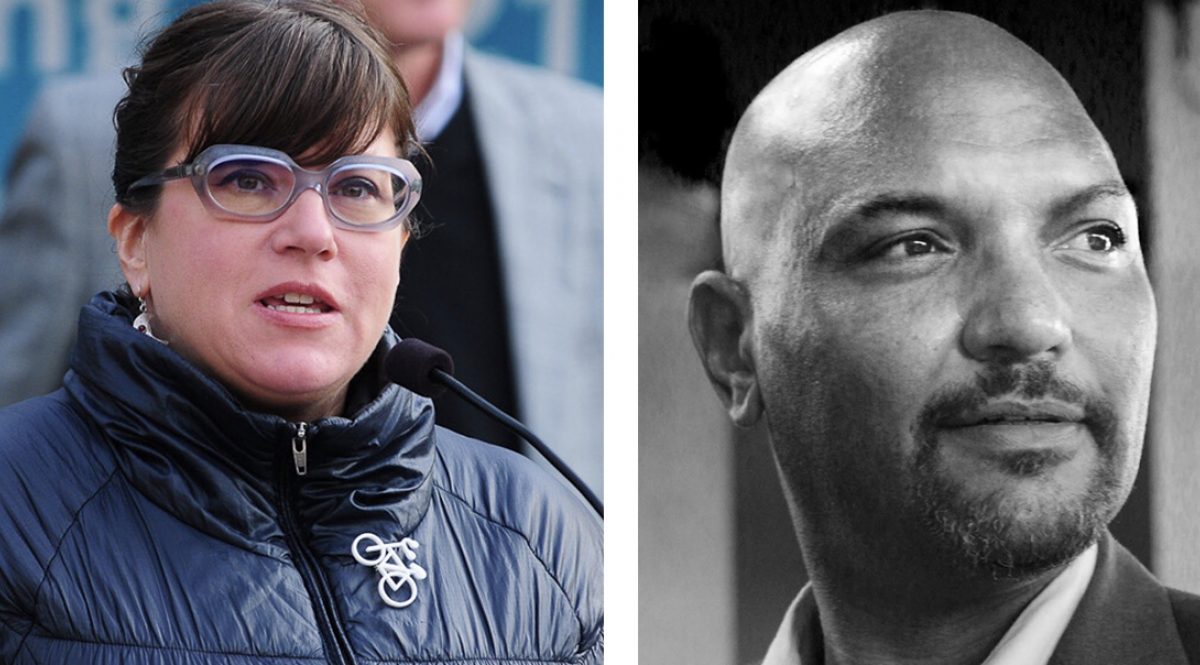 Back in April, Mapps seized on Eudaly’s hesitation to launch an open streets program. “I believe now is exactly the time for the City to reinvent government and reimagine infrastructure,” he said. Eudaly launched the “Slow Streets” program a day later.

During a debate on September 25th hosted by the Democratic Party of Oregon Black Caucus, Eudaly and Mapps were asked, “Do you support replacing traffic cops and other police with non-police civil servants?”

Mapps’ campaign has been dogged by his acceptance of a $15,000 donation from the Portland Police Association and his willingness to build relationships with police bureau leadership instead of call for them to be radically reformed or defunded.

His response to the traffic cop question focused on his concern about how to handle drunk drivers (the same concern he brought up at a candidate forum back in May). “I don’t know how that solves drunk driving, for example, and it seems like there’s some situations there where you might actually want a cop,” Mapps responded.

Eudaly said she supports using more civil servants for traffic enforcement and that her office has already explored the issue. “What we have discovered is that virtually all of the power to do that lies at the state level and there are even some constitutional issues,” she replied.

As for using automated cameras, Eudaly said she’s a “big fan”. “It’s an upfront, bias-free way to capture, and most importantly really discourage, bad driving behavior,” she said. “It’s safer because people are not being pursued by police… and the less interaction we can have between community members and armed police officers, the better.”

On Thursday night transportation advocates hope to make more big fans for Commissioner Eudaly. Learn more about the event on our calendar.

— Jonathan Maus: (503) 706-8804, @jonathan_maus on Twitter and [email protected]
— Get our headlines delivered to your inbox.
— Support this independent community media outlet with a one-time contribution or monthly subscription.

Wed Nov 11 , 2020
The USA is one of the biggest and most diverse countries globally, with no two identical states. This offers those who love to travel the opportunity of diversity while also discovering new places. However, it often proves hard to travel in personal cars, especially when traveling for long distances, as […]