A digital rendering of a 2021 Chevrolet Monte Carlo by talented automotive artist TheSketchMonkey.

The Chevrolet Monte Carlo had a cult following, especially when it came to NASCAR fans, especially the late Dale Earnhardt. Produced for six generations, General Motors axed the Monte Carlo in 2007. The last two cars built at GM’s Oshawa Assembly plant were both finished in Precision Red paint over SS trim models. This rendering shows just what the Monte Carlo may look like if Chevy were to produce a 2021 model.

The rendering of this modern Monte Carlo was posted by TheSketchMonkey, a popular automotive digital artist. Finished in bright yellow, there’s no denying what this car is supposed to be without saying as the car was given hints of the sixth-generation Chevy Monte Carlo.

According to the artist, he points out that the C-pillar is incredibly narrow and pinches down on the real-life sixth-gen Monte Carlo models, so he incorporated the same idea into his rendering. The tail lights went from a rounded shape to a modern triangular shape that appears as if they could be designed for a next-generation Cadillac model.

Here is the video by TheSketchMonkey that is 13 minutes and 39 seconds long as the artist goes into detail about the process of the design along with his ambition to create a new version of the car.

Nowadays, we need to ask if interesting vehicle builds are real or a rendering considering how realistic and talented these automotive artists are. The finished rendering is impressive with a rear spoiler incorporated into the trunk lid, an angular rear end, and a black diffuser that shows off the dual exhaust tail pipes protruding out from under the car. It also has door handles that are flush with the car, and large wheels with plenty of spokes. And of course, you can’t forget the Monte Carlo SS badging on the sides.

What do you think of this modernized rendering of a Chevrolet Monte Carlo? Is this a car you would like to see return to the Chevy lineup?

Sat Jul 25 , 2020
It is offered in two variants: NAS-E and NAS-E Plus. Is powered by a Remy BorgWarner electric motor pushing out 217PS/380Nm ( NAS-E) and 324PS/460Nm( NAS-E Plus). Gets modern touches on the inside like an infotainment system, touchscreen EV system management controls and leather seats. Limited to only 30 […] 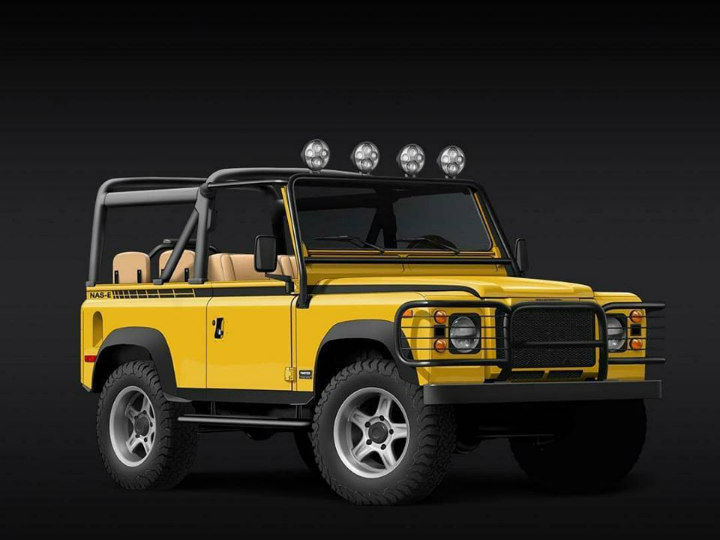 Ready to ride in a driverless car? Waymo vans going public in Arizona

Effects Of Climate Change On Transportation Are Not Always Obvious, Immediate : NPR