A bicycle graveyard in Wuhan in 2018. Photo: Wu Guoyong

Three years after China’s blooming bike-sharing economy wilted, local authorities are about to send the last of 25 million abandoned bicycles to recycling plants, pruning the remaining blight on cityscapes left behind by dozens of companies that have gone bust.

All the disused bicycles must be scrapped by the year’s end under a compulsory retirement scheme imposed by city councils to ensure safety. The costs of taking them off the streets and the bicycle graveyards are borne by taxpayers, as all but three remain from a crop of as many as 70 bike-sharing companies, each plying China’s streets with a different brightly coloured vehicle.

“Most bicycle graveyards have already gone,” said Wu Guoyong, a Shenzhen photographer who made a name for himself by using aerial drones to shoot dramatic pictures of abandoned bicycles piled into little mountains in almost every major city in China. One such dumping site in the Fujian provincial city of Xiamen, once the largest of its kind with more than 200,000 rusting vehicles, is now a gigantic construction pit where new buildings are due to be erected soon, he said after a visit in May.

Get the latest insights and analysis from our Global Impact newsletter on the big stories originating in China.

The massive clean-up closes the book on one of the country’s more quirky technological phenomena: the bike-sharing bubble that came from zero to a peak and a rapid deflation, all within four years. The boom-to-bust cycle burned up tens of billions of dollars of investments, turned several tech entrepreneurs into billionaires, but also passed the associated environmental and clean-up cost to society at large.


China’s bike-sharing craze began in late 2014 when five members of Peking University’s cycling club grafted the idea of rental bicycles – similar to London’s ‘Boris Bikes’ and the Citibikes on New York streets – on to the country’s ubiquitous smartphone-driven internet economy.

Ofo – the three alphabets resemble a rider on a two-wheeled vehicle – grew out of that idea, becoming the first to let commuters rent a ride for as little as 1 yuan, with the freedom to pick it up or drop it off anywhere, helped by the convenience of a smartphone app.

The idea quickly took off, spawning as many as 70 companies that attracted tens of billions of yuan in private equity and venture capital investments, with US$5 billion poured into the five largest, according to an estimate by China Money Network. At least two of them – Ofo and Mobike – became unicorns, surpassing US$1 billion in valuation. One company got listed in Shanghai, with close to 10 billion yuan in market value at its peak.

It did not take before the drop-anywhere business model became a public nuisance, as pavements, footpath, parks, and every inch of public space became dumping ground for idle bicycles.

By 2017, piles of discarded bicycles were turning into mountains, blighting cityscapes wherever the companies operated. City councils took action, unleashing a litany of rules to regulate usage and restrict the sales of user data harvested from the bike’s rental app.

A relentless price war on the rental fees, down to as little as 0.1 yuan increased the cash burn for bike-rental companies and drained resources, even as most of them struggled to find a way of turning a profit.

Tianjin-based Bluegogo, the third-largest bike-sharing company, went bankrupt in November 2017, which heralded the deflation of the bike-sharing bubble.

One by one, bike sharing companies closed or were taken over. Meituan-Dianping the takeaway giant bought Mobike in 2018 for US$2.7 billion, and still operates the bike-sharing business under the brand Meituan Bike. Hellobike, backed by this newspaper’s owner Alibaba Group Holding, still operates from its headquarters in the Zhejiang provincial capital of Hangzhou. Ofo, which pioneered the craze and received Alibaba’s investments, still operated a shrunken fleet as of February, pivoting to e-commerce.

© Provided by South China Morning Post
A bicycle graveyard in the Pudong district of Shanghai in 2018. Photo: Wu Guoyong


What happens to the bicycles, between 25 million and 30 million of them, piled into mountains around the country and left to rust when their operators go bust?

“Shared bikes can never be reused or resold as a second-hand commodity,” said Zhu Qi, a manager at China Recycling Resources, a state-owned recycler in Beijing. “Scrapping, dismantling and recycling are basically the only way out for them.”

Shared bicycles cost several hundred yuan each to make, with the highest-end models like the Mobike bicycles that received investments from the world’s largest electronics contract manufacturer Foxconn, can cost up to 2,000 yuan each to put together.

Around 80 per cent of a bike can be recycled and reused, Zhu said. The major component is the frame, made of steel or aluminium alloy, which can be melted down into metal, while the rubber tires can be retreaded, or recycled into pellets for paving shock-absorbent tiles in children’s playgrounds.

Recyclers usually pay between 20 and 30 yuan for each bike, getting around 40 yuan for the scraps for a gross profit of 15 yuan per vehicle, excluding labour cost and transport, according to Zhang Yi, chief executive and head analyst at iiMedia Research Group in Guangzhou.

© Provided by South China Morning Post
A Mobike bicycle in Beijing in 2018, before its takeover by Meituan. Photo: Simon Song


Meituan alone scrapped most of the 7.1 million old orange bikes that came with its 2018 purchase of Mobike, replacing them with new yellow “Meituan bikes,” not dissimilar to the bikes operated by Ofo, which rebuffed Meituan’s takeover in 2018.

China Recycling Resources said it has processed around four million vehicles since 2017, including a 5.2 million yuan purchase of 430,000 bicycles from Xiaoming Bike, which went bankrupt in July 2018, for 12 yuan each.

Some small recyclers are going after specific parts of the bicycle, like the rubber tires, resorting to advertising in Baidu Tieba and other online forum sites to seek out abandoned units.

“In terms of the capacity of the recycling industry in China, processing all the abandoned bikes is not that much of a problem,” said Zhang. “The trickiest obstacle is the property rights of the bikes … The number of bicycles being scrapped runs in the tens of millions.”


Legally, bike-sharing companies own their products and are responsible for their disposal. But since most of them have gone bankrupt, cleaning up is the last of their concerns.

That burden falls to local authorities. The city council of Dongguan in southern China’s manufacturing hub of Guangdong province, spent 1 million yuan of taxpayers’ money clearing tens of thousands of abandoned bicycles from its streets last year at a cost of 8 yuan per vehicle, according to a tender document.

“Now the peak of recycling sharing bikes has passed,” Zhu said. “Bike companies have stopped burning money and putting piles of bikes on the streets, and they are gradually replaced by electric ones.”

Should staycations include pets? We review the W Hong Kong’s new animal-friendly and totally Instagrammable hotel package, Pets Are Welcome

Coronavirus, US election and Brexit will weigh heavily on markets in the fourth quarter

This article originally appeared on the South China Morning Post (www.scmp.com), the leading news media reporting on China and Asia.

One man dead and another injured after Clermont County crash

Mon Oct 5 , 2020
CLOSE A man is dead and another is in the hospital after a two-vehicle crash in southern Clermont County on Tuesday night. The wreck occurred at the intersection of state routes 756 and 743 in Washington Township about 8 p.m., according to the Batavia Post of the Ohio State Highway […] 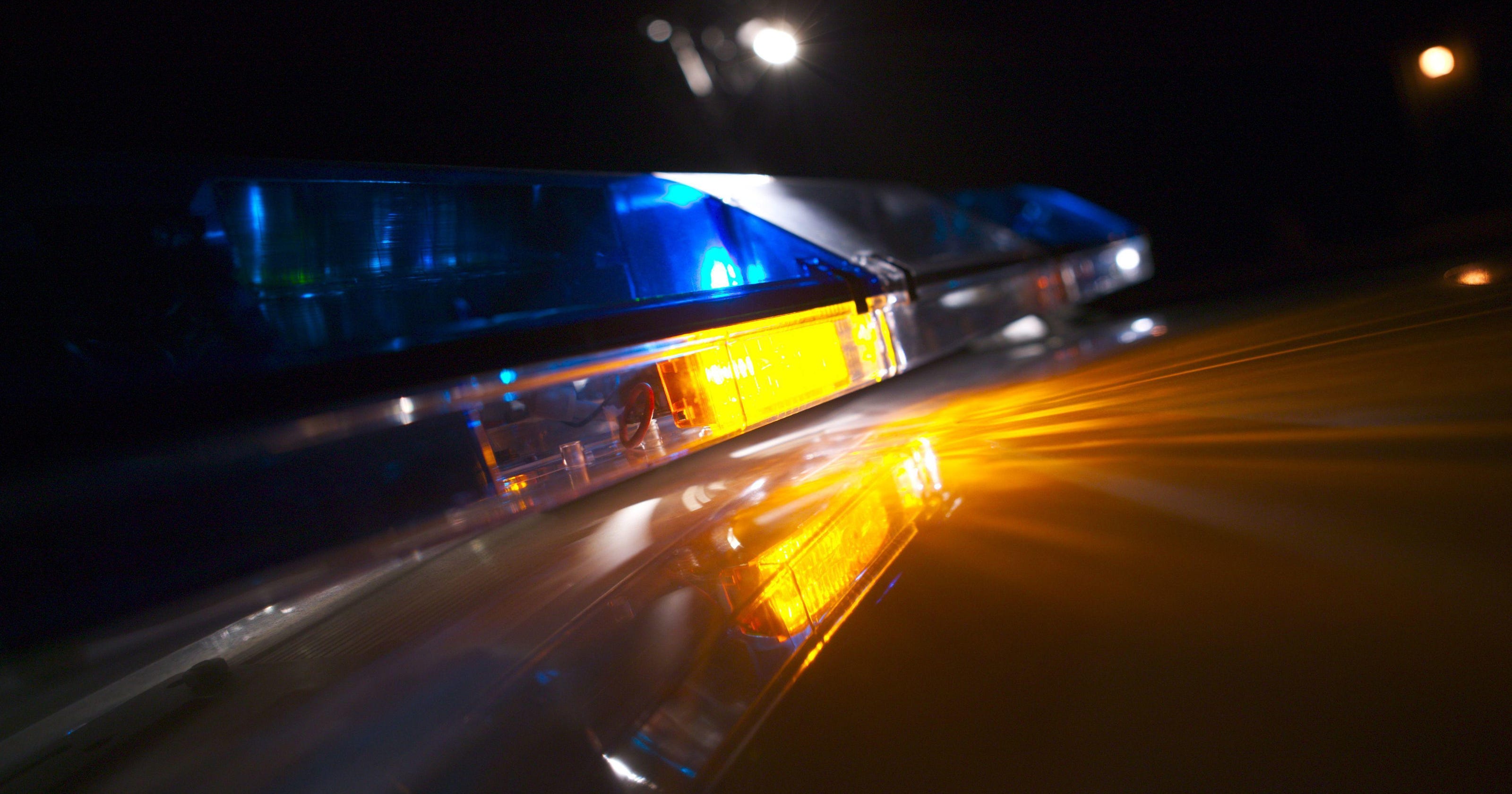